From the ancient Greek, "manifestation, striking appearance". It is an experience of sudden and striking realization. Generally, the term is used to describe scientific breakthrough, religious or philosophical discoveries, but it can apply in any situation in which an enlightening realization allows a problem or situation to be understood from a new and deeper perspective.

After looking at the software and hardware requirements for my SETI station, and mulling over such technical questions as integration time constant and Doppler shift correction, I have come to the following epiphany:

I must look for the most obvious signal - a signal that I would choose to send if I were an ET and had the resources to do so. What that means (and it seems obvious once put on paper) is:

I must look for myself

This is what I mean. Any ET that I might hope to detect must be more like me than unlike me, in most basic ways. Not to put too fine a point on it, but, for example, this ET must think in the same time frame as I do. Not at the speed of a glacier or at the speed of a bullet, but somewhere near our 'thinking speed'. This is necessary to make the signal recognizable to us when finally detected.

ET's physical makeup would have to be about the same as ours. Not as small as a bacterium or as large as one of the rolling hills I can see from my window, but somewhere in-between. This would give him the same type of control over his environment, and the same capability as I have to construct the needed transmitter, which could produce a signal which I can recognize. Not all ET need be like me; only those who I have a realistic chance of detecting.

ET's transmitter must be an RF signal generator. Some other, more exotic form of communication may well be in use, but since I can't construct a receiver to detect exotica, it's not worth considering. This leaves open optical SETI - but not for me. I know nothing about the optics required on that scale. I'll stick to the area where I have a shot at success - the microwave portion of the Electromagnetic spectrum.

The signal must be a deliberate beacon. That's the only type I and most other SETI stations would have a ghost of a chance of hearing. Leakage detection seems less likely if only because of the transmit power requirements needed to show up on my system is huge. Detecting planetary Radar, in use by some ET, also seems unlikely, because it seems that it would only be sent for short periods. Once a radar echo was recovered, the transmitter would most likely be turned off or pointed somewhere else. The modulation scheme needed for an effective Planetary Radar might also make it difficult to recognize on this end.

If I were that ET

I would set my beacon up in the waterhole to maximize my chances of being discovered. I would want to be heard, and that is the most obvious place to start. The hydrogen line is at 1420 MHz and the hydroxyl line at 1662 MHZ so I would transmit at exactly 1/2 way between the two at 1541 MHz.

An ideal interstellar beacon would be a narrow band to concentrate the transmit power and to make it distinguishable from natural sources. The beacon must be directed at our star. This is necessary to conserve power and to make possible reception over huge distances. So a directed beacon is what I am looking for. In my mind's eye, I can see ET pointing such a beacon at each candidate star, one at a time, sending the beacon for some length of time, and then moving to the next star.

The ET beacon would probably be a CW signal on/off modulated in a regular way. It might send something like Morse code in a repetitive pattern, but it would be sent it at a very speed, slow enough to allow integration of each character, but not so slow as to allow the signal to drift across many bins during a given key-down period.

My hypothetical interstellar beacon would be locked onto each star for about a year. ET and his civilization would have to be extremely patient, or very long-lived to run a beacon for this amount of time since there are about 300 Billion stars in our Milky Way galaxy. We may have missed ET's signal already and may have to wait another 300 Billion years for it to show up again. Or, it may be starting tomorrow. Since we just don't know, we may as well assume that it starts tomorrow.

Making use of Doppler Shift

If I were sending a beacon, its transmitter frequency would be Doppler-adjusted to the Galactic center of rest. Since the purpose of a beacon is to be seen against a background of other signals, this would make it clear to anyone receiving it that it was an intentional signal. Again, I have no idea how to design this correction into my receiver chirp. If it's small (less than about 0.01 Hz/sec), no matter where I point my antenna I can't use it anyway, because my 1 Hz/Bin resolution and planned 60-minute integration time constant make such small Doppler rates moot. If the compensation for the Galactic center of rest is a sizable fraction of a Hz per second, I'd better figure out how to implement it!

If I concentrate on looking for myself, I may well miss signals sent by those, not like me. But I know that creatures who think like me exist (if only by Earth's own example.) Designing my search around those not like us involves pure speculation, and may reduce my chance for SETI success.

I know how to do this shit. 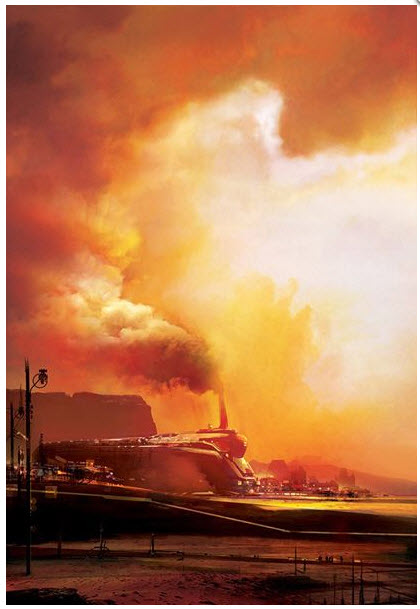