In 2005 I was honored by the SETI League with their presentation of the Bruno Award.I am flattered and amazed by this recognition.They say "You are known by the company you keep" and I feel as though I am in the Company of Giants . jb. 2005 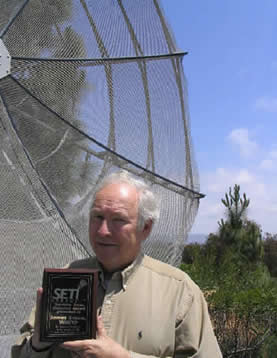 Brown was one of the first amateurs in the world to build a radio telescope dedicated specifically to the search for intelligent life in space. Begun in 1978 (sixteen years before the formation of the nonprofit SETI League), Brown's SETI station was powered by Zeke, a computer he built himself before personal computers became commercially available. Brown is now an active participant in The SETI League's Project Argus all-sky survey, and has written extensive astronomical, coordination, and signal analysis software, which he freely shares with other SETI League members worldwide through his seti.net website.

When notified of the award via telephone this morning by Awards Committee chairman David Ocame, Brown was in the middle of running tests of his Remote SETI Client, which will allow SETI League members around the world to operate participating radio telescopes remotely via the Internet.

The Bruno is awarded annually for significant contributions to the art and science of SETI. It is dedicated to the memory of Giordano Bruno, the Italian monk burned at the stake in 1600 for postulating the multiplicity of inhabited worlds. This award was first suggested by sociologist Donald Tarter, at a SETI dinner held at the American Association for the Advancement of Science meetings in Atlanta on Feb. 17, 1995 (coincidentally the 395th anniversary of Bruno's death).

Largely using radio telescopes and optical telescopes, SETI scientists seek to determine whether humankind is alone in the universe. Since Congress terminated NASA's SETI funding in 1993, The SETI League and other scientific groups have privatized the research. Amateur and professional scientists interested in participating in the search for intelligent alien life, and citizens wishing to help support it, should email join @ setileague.org, check the SETI League Web site at http://www.setileague.org/, send a fax to +1 (201) 641-1771, or contact The SETI League, Inc. membership hotline at +1 (800) TAU-SETI. Be sure to provide us with a postal address to which we will mail further information. The SETI League, Inc. is a membership-supported, non-profit [501(c)(3)], educational and scientific corporation dedicated to the scientific Search for Extra-Terrestrial Intelligence. 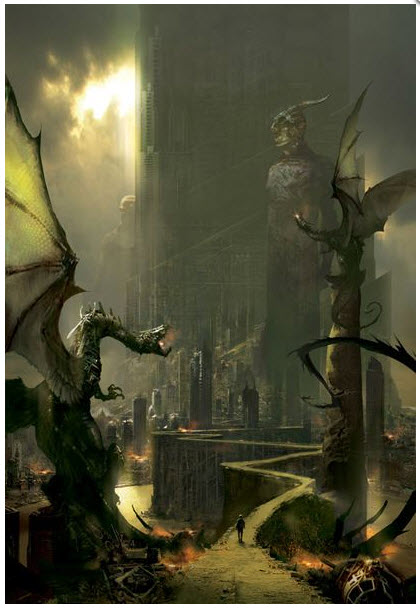