The Lagrange L4 and L5 points have never, to my knowledge, been searched for beacons. There is a first time for everything.

SETI Net is a Small System

The aperture of the antenna is only 10 foot diameter and the front end, although good for amateur equipment is noisy, the signal recovery software is slow and the detection scheme is problematic at best.  An honest appraisal of the ability of SETI Net to detect a signal from even the nearest star (alpha Centauri - about 4.25 light years away) shows it to be an impossible task.  So what to do?  I will never be able to achieve the capabilities of a system like the Allen Telescope Array(ATA), my software skills are not up to creating some completely new detection algorithm and I don' t have nearly the money necessary for a full scale professional system.  So I have to do what I can with what I have.

What I have is a system that *could* receive a signal from within one Astronomical unit (Au - the mean Earth-Sun distance) but what could possibly be within that meager radius. Its a sure bet that there is no ET life on the moon, Mars is way too hot, as is Venus. Some of the other planets may have life of some sort on their moons but that's a very small number and its almost certainly not intelligent life.

Its always seemed to me that to detect ET I must think like ET and that, in fact, I must actually look for myself  That is I have to look for an ET civilization that is much more like our civilization than not.

Switching to how an ET would think:

An ET civilization might want to signal its presences but after calculating the number of stars in the Milky Way (300,000,000,000 or so) and thinking about how difficult it would be to  direct their ground based high power beacons to each one them for a reasonable amount of time they have come up with another solution.  The ET civilization will:

When the ET civilization sent its beacons on their several hundred to several thousand year journeys to those planets they would have no idea what the state that civilization might be in. The inhabitants my be wise behind belief or still prelife forms. For this reason they would have built the beacons to wait, patiently, for as long as it takes to be discovered.

ET would realize that it would not be wise to send the beacon to orbit the planet itself because although they could see the target star (our Sun) and sense the target planet (our Earth) through perturbations in the orbit of the star they could not see what may be orbiting the planet itself.  It may have hundreds of small moons that would quickly suck the beacon into their orbit and to its death or it maybe a binary planet system with a difficult orbit to calculate.

So they had to send each beacon to orbit in a place that might be relatively stable and quite enough to last the time it may take for the locals to grow a technology to the point where it could detect the beacon.  Those places are the Lagrangian points L4 and L5. These are at +/- 60° from the current position of the star.  L4 leads the planet around the star by  60°, L4 lags by  60°

Our beacon may have arrived on station at the Sun/Earth L4 or L5 point when we were still up living in trees with no way to detect them for many hundreds of thousands of years or they may be switching on tomorrow. There is no way to tell.

The whole purpose of the beacon would be to be discovered.   It would be at minimum a simple "Hello - you are not alone" message conveyed only by its presence.  The beacon would transmit in a narrow bandwidth to conserve radiated power and it would be a pulsed signal.  This would conserve power during the off time and add an extra dimension of uniqueness to the signal to attract attention. The pulse duty cycle (On time to Off time) would be low to allow integration at the receiving end and it may employ frequency shift keying system where the carrier moved between two close frequencies, say 10 Hz apart.

So this is what SETI Net is looking for.  A beacon signal from the L4 or L5 points in the Sun/Earth system that is radiated in the water hole. The signal is either continuous or slowly pulsed and may be frequency shift keyed. 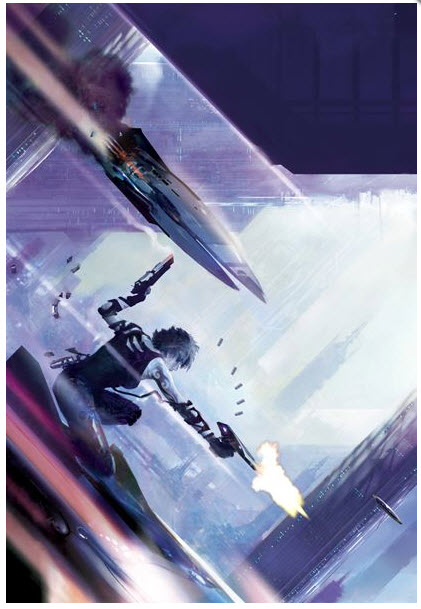