Things you thought you knew:

This page under development. Always has been, always will be

Have you ever considered where your first living cell came from. We all know that we are individuated at conception in our mothers womb when the egg and sperm come together. So the egg could be considered your first cell before insemination. Where did that come from.

When your mother was born to your grandmother she came fully equipped with all the eggs she would ever be able to produce. They are not fully mature of course but they are eggs.

Before your mothers birth she had this same set of eggs so your first cell actually lived in the body of your grandmother.

Are you sure about that?

Its common to think that the sound of an approaching ambulance, with its siren blasting, increases in tone as it approaches and then keeps on decreasing as it passes you and fades into the distance. This is not true.

Think of it this way.

Your beside the road and all is quite. suddenly an ambulance with its siren going comes over a distant hill and you hear it for the first time. As it approaches you the tone you hear is the same as long as the ambulance does not speed up or slow down. As it passes right in front of you and the tone suddenly drops to a lower note and the ambulance moves off. The tone stays at this new, lower pitch from then on.

At no time did the tone of the siren go up. In fact it always goes down.

Think of the same ambulance and siren except that the ambulance moves around you in a circle rather than directly at you. In that case the tone of the siren drops proportionally to the radial velocity of the ambulance as it moves past you. Again the tone always drops it never goes up.

BTW - If you hear a siren coming at you and it never changes pitch - look out. Your about to be run over.

Are you sure of that?

The video below is the solar system the way we were all taught to envision it. The Earth and the other planets serenely moving around the Sun. Notice that from this perspective all the planets circle counter-clockwise around the Sun. Also notice that the Earth, and most other planets, also spin counter clockwise on their axis. This is a well known fact.

This view is useful because it allows us to make drawings of the solar system and represent it to each other unambiguously. It's always drawn as if looking down on it so that the planet movement is counter-clockwise. It is an agreed on view. That's a good thing. We couldn't function at all without these kinds of agreements.

This is not the only possible view of course. We could just have easily decided to view it from below so that all planets revolved clockwise. How and why counterclockwise was chosen I have no idea but its an agreed on view and it works.

The next view is of the Earth from the side with the North Pole at the top. See anything wrong with this view? Nope - it's also what we have become accustomed to seeing.

The thing to remember is that there is no UP or DOWN in space. These are agreed on viewpoints only.

The problem with an agreed on view is not that it is wrong - it's simply an agreement after all, but that it freezes your outlook so that it becomes difficult if not impossible to see it any other way. This came to me when I was thinking about how my antenna should be steered and the software I had to write for it. I realized that I have to change my view to make any progress.

The image below is my preferred view of the Earth and its rotation. Right now I'm looking out my East facing window so the North pole is to my left. Look close. Can you see North America as it rolls by? Now I can visualize the Sun rising and traversing to West in an arc that is set by the relative angle of the Earths North pole and its progression around the Sun. I can envision myself standing on North America moving from the daylight into the night

The obvious problem with this view, other than the fact that it is not the agreed on view, is that it is completely dependent on the viewer's orientation. It really only makes sense if the North pole is on your left.

Remember the point of this exercise is to show that your viewpoint is fixed by agreement and that it can, and should be open to change to fit the circumstances.

Now If you can accept that the North pole is on your left when your looking East then you MAY be able to accept the next image of the solar system. Everything has to change to accommodate your new view of the Earth.

Now suddenly instead of gliding serenely around the Sun the planets seem to be on some sort of mad loop-ed-loop diving under and around the Sun in a dash through the year. Notice that the Earth is spinning still and its North pole is to the left.

There is nothing wrong with this view of the solar system except that it is not the agreed on view. Remember there is no Up or Down in space only relative motion.

And if you can accept that new view of the solar system and knowing that the entire solar system is also moving around the center of the Milky Way you MIGHT be able to accept this as well.

Great musical score on this clip.

Please Note: This is a screen grab of the first two minutes from DJ Sada's YouTube video because his website (www.djsadhu.com) no longer seems to work and I don't want this to be lost to URL rot.

You must admit this is a startling change from what our accepted view of the solar system is. An interesting thing this shows is that we Never come back to where we started. Our accepted view of the solar system around the Sun makes us assume that after a year we are back to where we began - we are not. During that year the entire solar system has progressed further around the center of the Milky Way. At 45,000 miles per hour, we are a very long way from our starting point.

There are a lot of things wrong with the video of course. Professional astronomers, like Phil Plait on his (Bad Astronomy website), point out that the scales are all wrong. Of course, they are. If they were correct you could never see the planets as they revolved around the Sun. Then there are the tails. Of course, the Sun and the planets do not have tails as they move. These are only necessary for the video to show the paths of the Sun and planets. Without them, against the black background they would simply look like dots moving back and forth across the screen. Phil also says that it's not a vortex - of course, Phil we all understand that. It's called poetic license. He also goes on about the idea that the planets do not trail behind the sun as the video seems to suggest. I looked hard at the video and do not see that. What I actually see is a difficult animation of what may *look* like the planets trailing behind the Sun.

It's like complaining that Van Gogh's 'Starry Night' can't be right because stars don't have tails.

The point that Phil also makes is the graphics are not only wrong but dramatically wrong. I think Phil is wrong. Indeed, the video is not accurate and even correct that it goes way too far, trying to make the case that it's a "Vortex." What Phil misses is that the video allows you to think about the planets, the sun, the solar system, and our path around the Milky Way in a completely different way. Flexible thinking is an excellent quality, and I think the world of Phil and his website, but in this case, I am afraid that Phil is looking at the intersection of art and science and cannot separate them.

I hope you have enjoyed this change in viewpoint and that you now may have a different opinion about what we all agree to be true.

Are you sure of that? 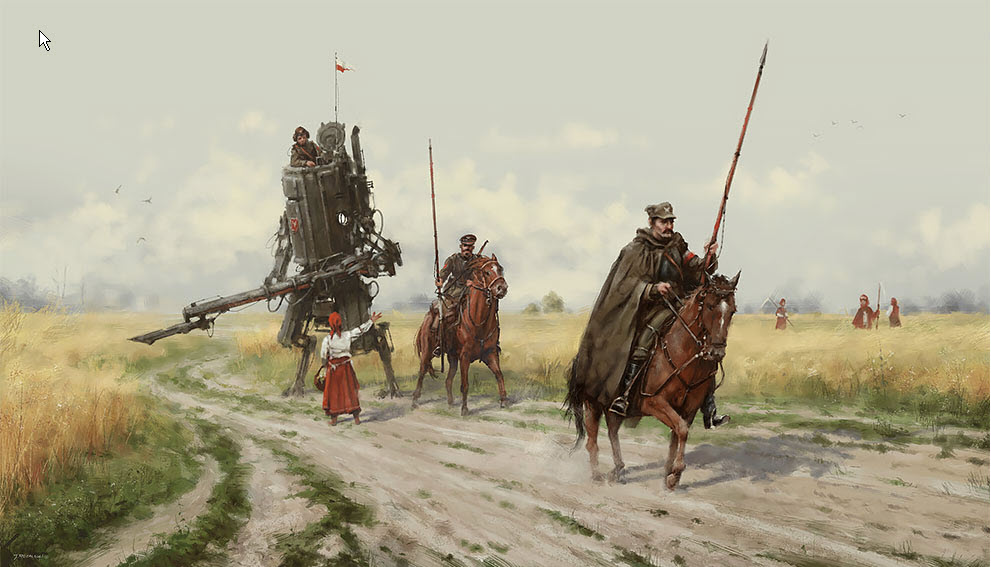