The Dendrites are the inputs to the neuron cell. They have extensive arborization and, in the case of the Purkinje cells, connect to hundreds of thousands of other cells. Normally they are connected to about 10,000 cells. Each connection contributes to the operation of the neuron.

This is one of the most famous images in neurobiology.

The neuron Soma is the physically largest part of the neuron. It typically has a diameter of 100 uM. The diameter of the dendrites may be down to 1 uM or less. The dendrites extend 100's of microns, but some can extend several meters, as in the giraffe brain.

Diameters - Dendrites are thin tubes of nerve membrane. Near the soma they start with a diameter of few um and fall below 1 um as they successively branch.

This is a capture of a detailed multi-compartmental model of a cerebellar Purkinje cell , created with GENESIS simulator. It shows an input spike coming into the dendritic tree and spreading out as it moves down to the soma (the orange ball). The output of the soma is through a single axon ( not shown).

A neuron and its dendrite tree is simplified for analysis as compartments:

This picture is a view of the electrical properties of a uniform section of passive dendrite having length l and diameter d.

These dendrite compartments can be thought of Leaky Electrical Cables with capacitance. A single compartment is modeled below.

The ion channels are as described 1.0 Cells and Ions. The inner conductor, the cytoplasm, is a much poorer conductor than the copper wire used in an undersea cable. It has an resistance along the length of the cable Ra, the "axial resistance". The conducting cytoplasm inside the cylinder, the insulating neural membrane, and the liquid (similar to salt water) surrounding the neuron form a capacitance Cm.

The membrane is also not a perfect insulator due to the ion-conducting channels that pass through it allowing it to leak. The "passive channels" do not vary in conductance, and the "active channels" that have conductances varying with voltage, calcium concentration, or synaptic input. The passive channels account for the membrane resistance Rm and the associated leakage current Ileak.

This sounds like a bit of poor engineering with all the leaking going on but you will see that what you think of as 'bugs' are actually features that allow our brains to work.

The various components of the cell compartment can be thought of as an electrical circuit and can be analyzed as such.

Simplest cable equation is the steady state where you can ignore the current flowing into the membrane capacitance Cm. The membrane voltage is given by (membrane current times the membrane resistance).

Dimensions and units of measure

Specific units - To specify parameters that are independent of the compartment dimensions, specific units are used in this simulator.

Note the use of caps for RM, CM, and RA. This designates them as specific units.

If you wish to experiment with other values of specific units they are accessible through the menu of the simulator.

The quantities Rm, Ra, Cm, Vm, in the diagram and equation are given in Kilohm, Microfarad, or millivolts, and will depend on the size of the compartment. Note the use of lower case. This designates them as actual units.

For a piece of dendrite or a compartment of length l and diameter d we then have:

Sections of dendrite that have a continuous variation of voltage along the length are replaced by a "lumped parameter model" with discrete jumps in membrane potential. By using very many short compartments, the compartmental model can approach the result of the continuous cable equation. This is done by assuming that the values are the same in all compartments, as they are intrinsic properties of the neural membrane and cytoplasm. CM depends on the intrinsic properties of the thickness and dielectric constant of the membrane, and is usually close to 0.01F/m2 (in this simulator the equivalent value of 1uF/m2 is used).

The time constant is a value in milliseconds that allows you to predict the percentage of the peak membrane voltage (Vm) at any point in time. The membrane time constant for a short uniform section is given by:

The time constant is modeled by a passive membrane resistance, Rm, a membrane capacitance, Cm, and a current source.

The exponential rise and decay of the membrane potential as the current traverses a section of leaky cable is shown in the next figure.

Connections from other neurons Axons may be attached to any one of thousands of places along the dendritic tree. The drawing of a compartment of dendrite (above) shows two types of ion channel connections:

Each of these are connected through synapse. Leak channels shown in Orange are never connected.

The type of connection (EPSP or IPSP) is set up in the simulator when defining the input to the dendrite compartment. An EPSP connection is shown by a Black connection line. To define a synaptic connection as IPSP, click the right column next to the connection you wish to designate. The word 'yes' will appear, and the connecting line will change to red. A second click will remove the 'yes' and return the connection to EPSP.

The best way to get a feel for the interaction of the various parameters of the dendrite is to run a simulation. Download and install the NeuronLab Simulator if you have not already (as described in section 3. NeuronLab Simulator). 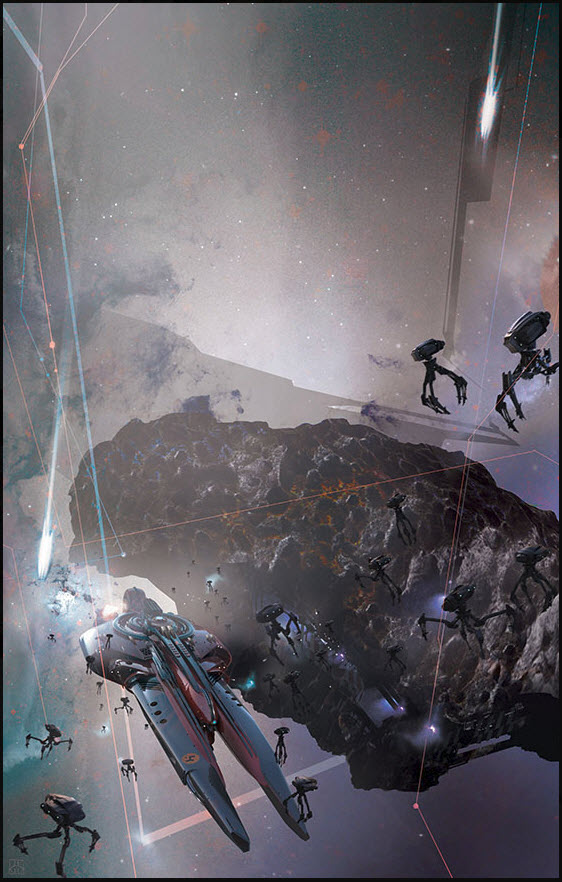